The Exotic Pets of The Chateau 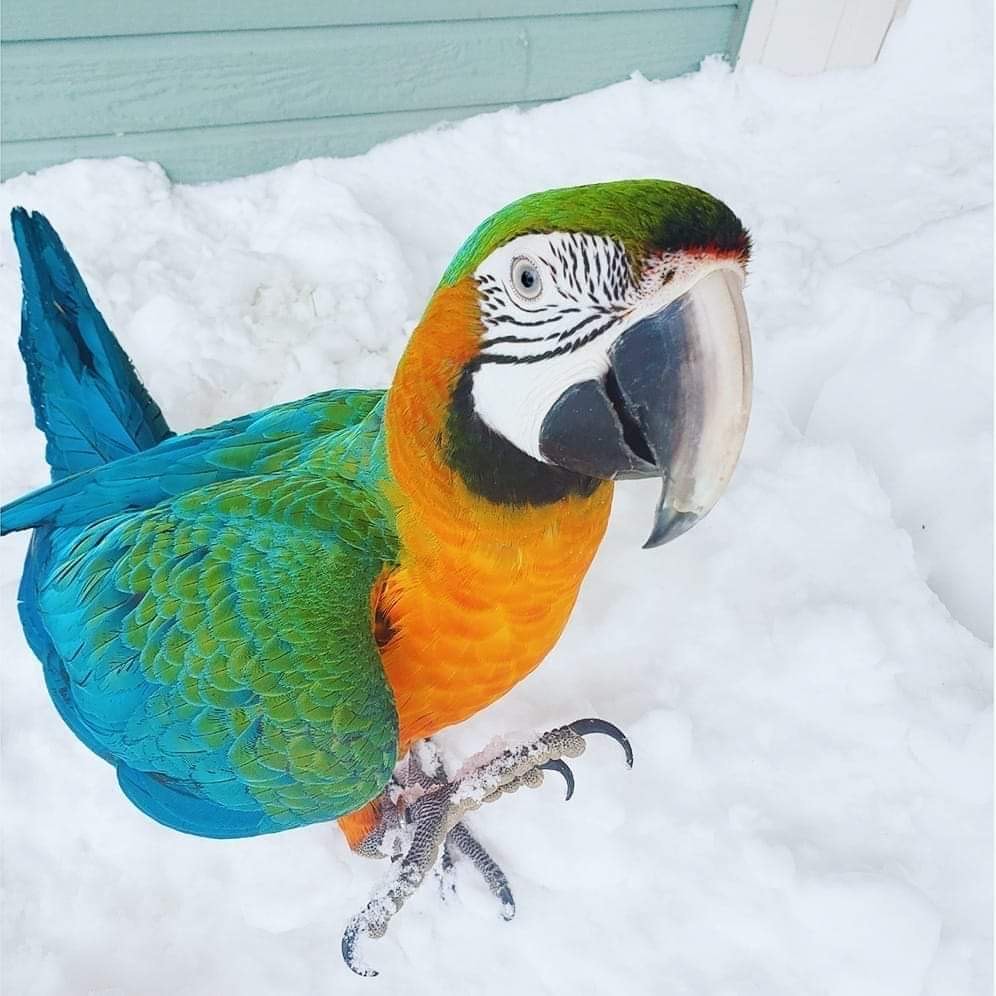 Since I joined this wonderful community, I’ve come to know more of the kittens at The Chateau. I never realized how many of us have what would be considered “exotic” pets. In this article, I’d like to show off some of the more non-traditional pets that us “pets” like to keep for company. I’ll share a little bit about the type of animal, and specifics of the particular pet as well. Let’s begin with our founder: Isibella.

Isi has a few creatures roaming around the manor. I think many of us are familiar with Mr. Crawley, her hybrid/harlequin macaw.  This type of macaw is  a mixture of both a the blue and gold macaw and the green winged macaw. This is how he ended up with his striking orange color. He’s such a magnificent and beautiful fellow. This tremendous bird really enjoys snacking on many types of human food. I’ve seen him eating everything from crackers, to ribs. He loves his mistress and can be shy around new people. Did you know that they can live up to 80 years? 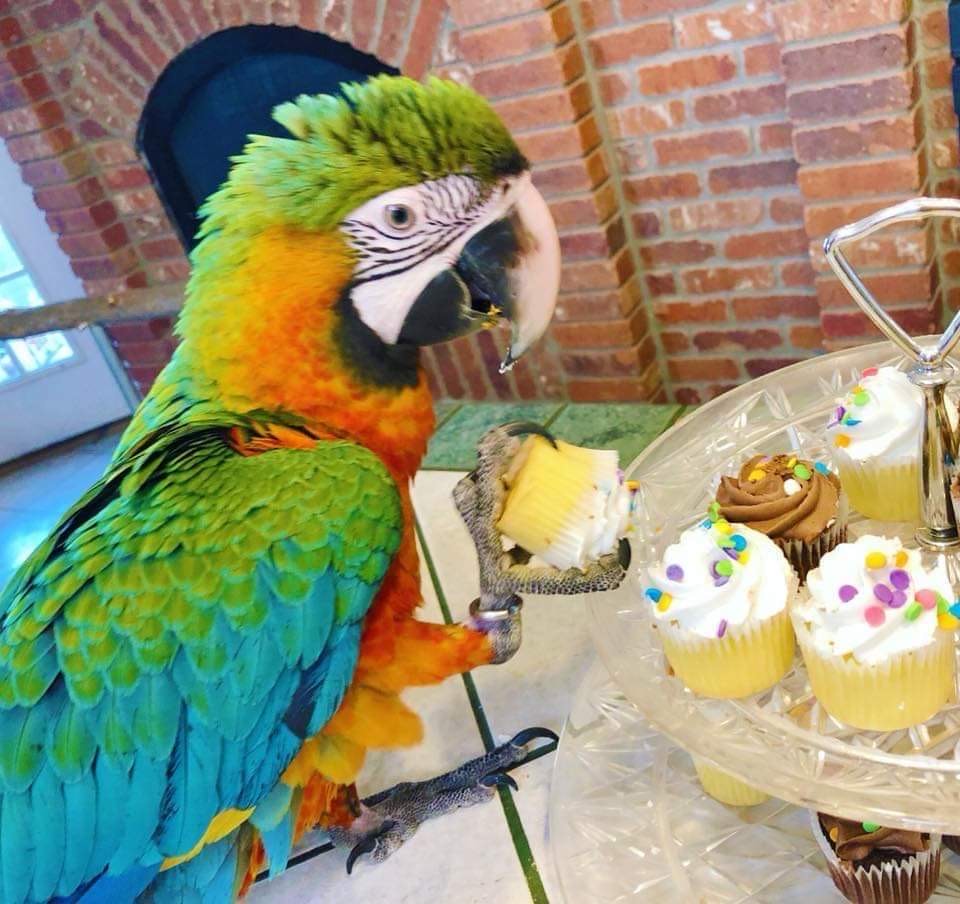 Isi not only owns an avante garde bird, but also a fabulous dog. Let me introduce you to Monet. He is usually lounging around The Chateau or snuggling up with Daniel, Isi, and their many guests. He’s a Russian Wolfhound, or Borzoi. He’s a sighthound who looks quite similar to his close relative, the afghan hound. Monet is extremely sweet, but prone to being an escape artist. The Borzoi has long had a royal connection, belonging to the Russian royal family and the famous Czar Nicholas II (the Romanov family) gave a pair to Queen Victoria. I couldn’t find any research on this, but it’s been said that Victoria nearly singlehandedly saved the breed! Unfortunately, most of the Borzois belonged to the Russian royal family and were killed alongside their owners, nearly ending the breed…Had it not been for the gift she received of the dogs during the Russian royal family’s visit. 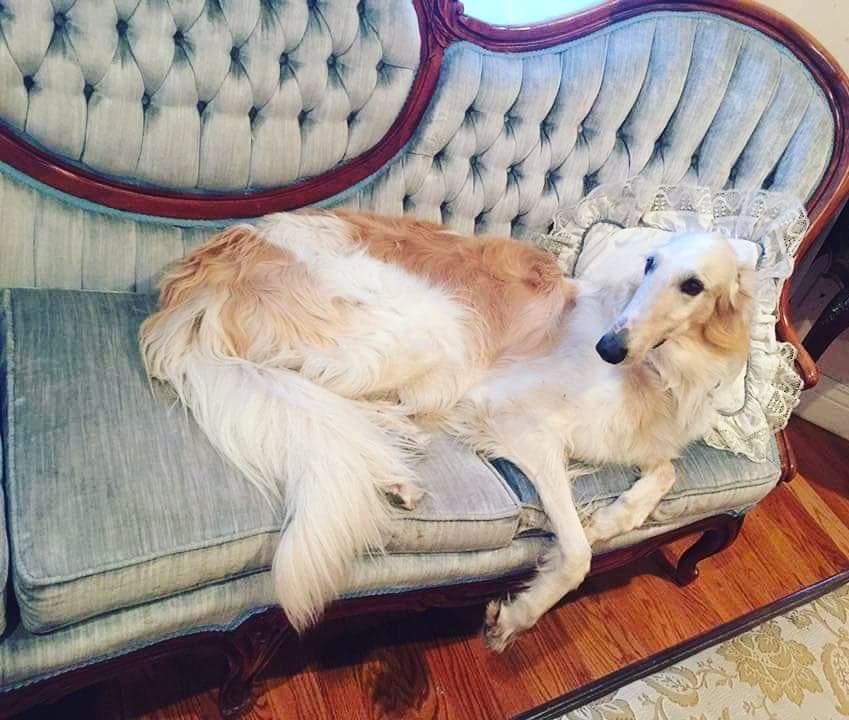 Speaking of pets that live long lives, let’s go check out Angelica Van Purr’s Iguana, Calcifer. They can live from 20-30 years. They can be between 5 inches, to 5, and even 7 feet long! Iguanas can weigh up to 30 pounds. They’re herbivores and originate in Mexico, Central, and South America. Calcifer likes to snuggle up to his Mom as you can see pictured below. When Angelica went to get Calcifer, she was looking for a larger Inguan, but was hissed at and tail whipped by the adults that were available. Thankfully, there was a new hatchling that was available. When she was introduced to him, he raised his head to her and lovingly accepted her pats. He’s named after the fire in Howl’s Moving Castle because of his striking red color. Although he was only nine inches long when Angelica first got him, Calcifer is now over three feet, but he still loves his head pat. 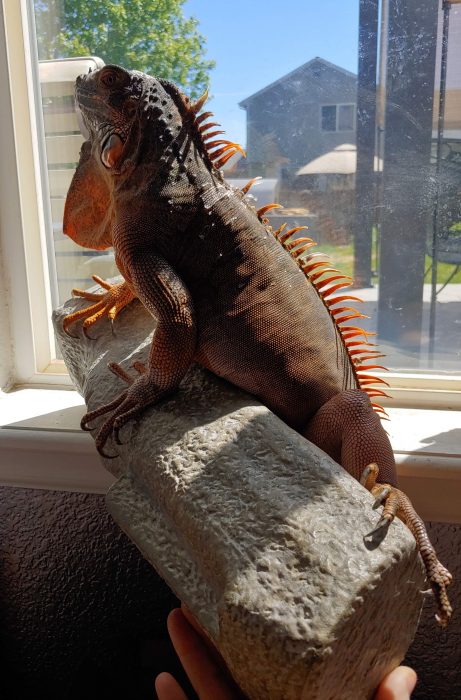 Calcifer isn’t the only reptile owned by a Chateau Kitten. Kiurym cares for two Ball Pythons, Omen and Bun Bun (which is short for Cinnabon). Omen is a Banana Ball Python who’s very shy and skittish. Sometimes he’s even afraid of his food. This snake loves to steal the warmth from his Mom, and he entangles himself with her. 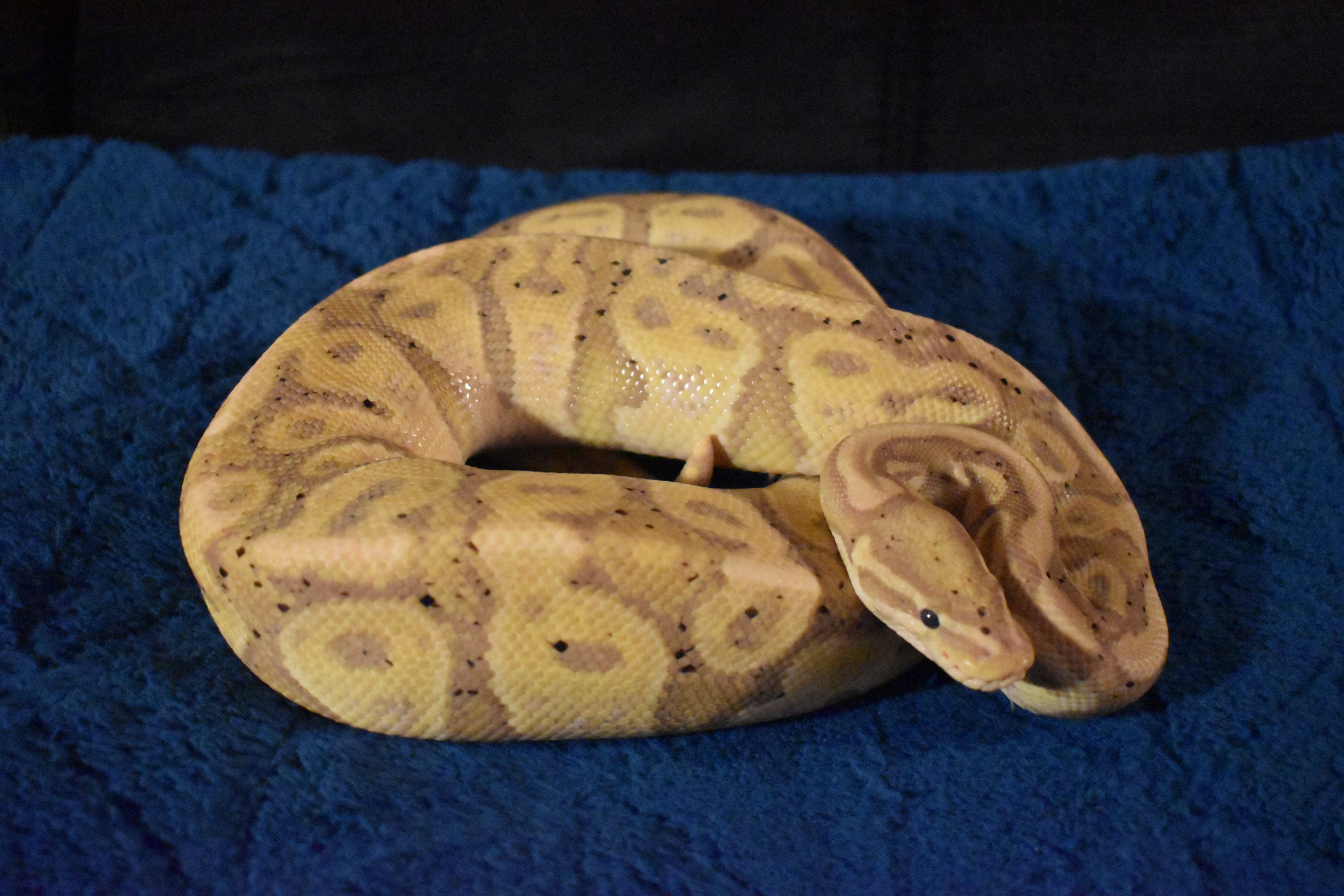 Note: Both of her boys are currently shedding and may look a little different than normal.

Her other Python is Bun Bun, and he’s an Axanthic Spider Ball Python. This little guy is curious and loves to explore. He almost never sits still and is very food motivated. Oh boy, he likes to act tough, but is really just a big ole love-bug. His favorite pastime is watching TV. 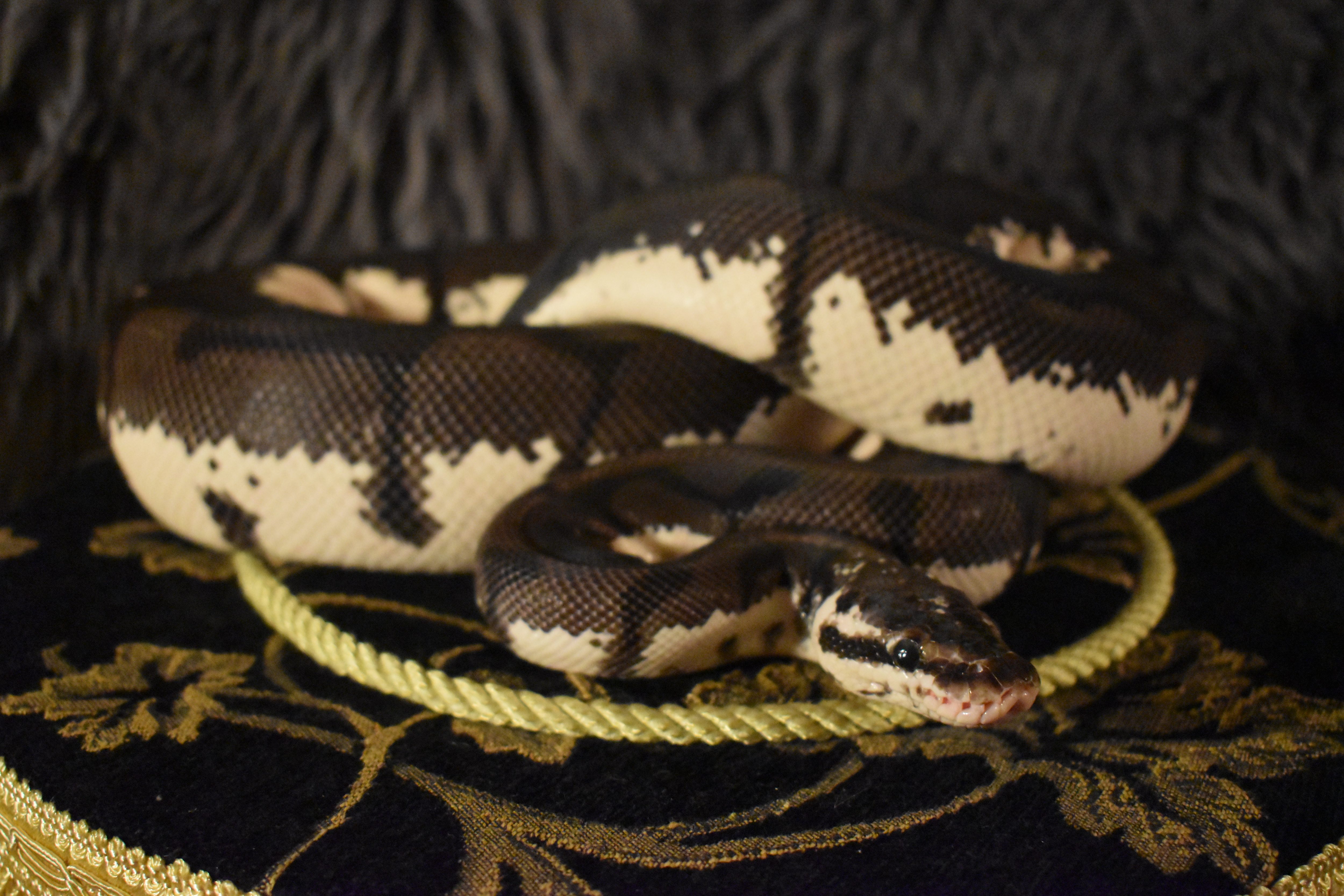 In my experience, Ball Pythons are extraordinarily warm and sweet snakes. I wish I could meet Kiurym’s boys! They too, live quite long lives and can have big personalities.

Last but certainly not least, I own two rescue rabbits that I adopted from the shelter I volunteer at. They’re simply adorable and I love it when they express their joy. In the rabbit community, they do what are called “binkies” where they kick up their hind legs when they’re really ecstatic. You can see a video of it here. Rabbits are not low maintenance animals and mine are very mischievous. I’ve taken to calling them toddlers, because they must be constantly babysat to make sure they aren’t getting into something they shouldn’t. Plus, you have to bunny-proof a house, much like you would baby-proof a home because our rabbits free-roam when we’re home. Their favorite food is bananas and they love to nibble apple branches from our neighbor’s yard. My rabbits are Tait (our black and white male) and Tiki (our mostly black female). Tait loves attention and Tiki is much more coy. Although I grew up with dogs, I’m really loving the bunny-mom lifestyle. 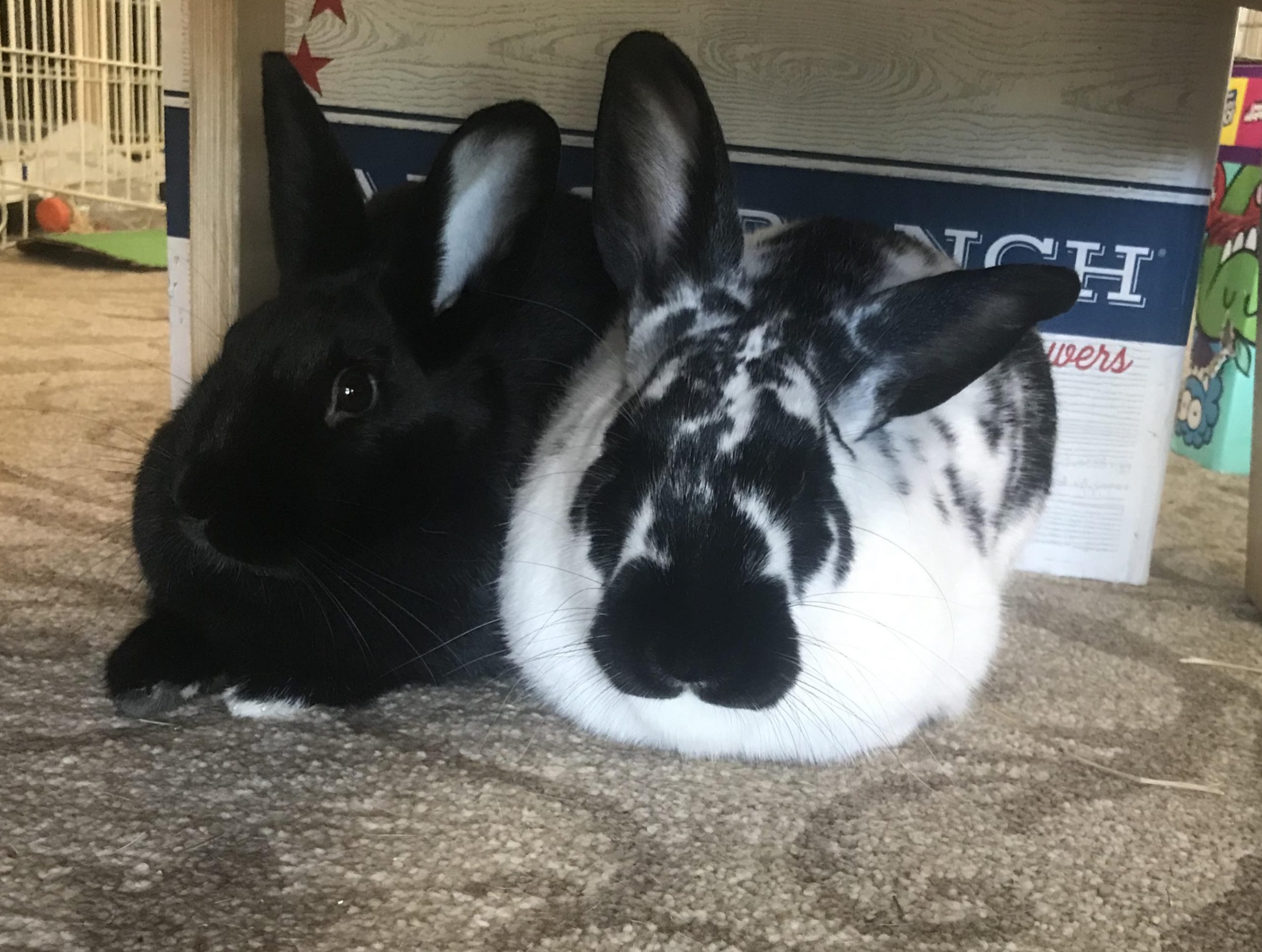 14 thoughts on “The Exotic Pets of The Chateau”