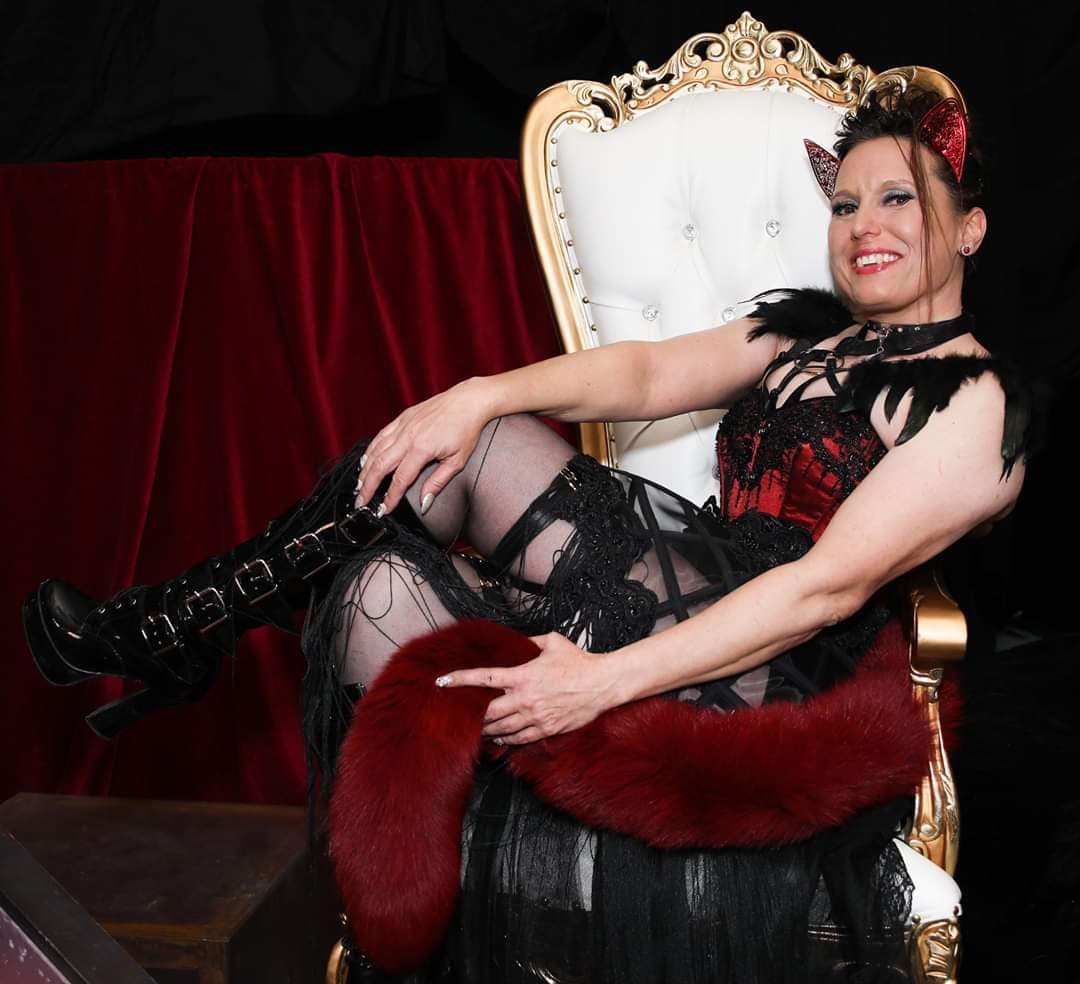 The Denver Vampire ball is a three-day, high energy gathering that culminates with an evening of elaborate outfits, dancing, jaw-dropping performances.  It is a weekend that will leave your head spinning with memories and chomping at the bit to find out the next years’ theme.  However, before we get to the finale, we must start at the beginning.

Each year, the weekend is kicked off with the salon.  Now, in the Vampire community, a salon is an intimate gathering meant for the members of the different houses and specially invited guests to come together for a few hours and get to know one another in an informal manner.  While some of the formality of the evening is set aside, the décor, fashion, and manners are still very much intact.  This goes for the food and drink as well.  Everything is done to such a level to ensure opulence and refined taste.

This year, the theme, Moulin Rouge, A Bohemian Rhapsody, drew quite an array of extravagant costumes for the salon alone.  Now, for the kittens, we had an extra-special part of this day for ourselves as this is the day that we come together and do our annual Vampurr photoshoot before the festivities in the evening.

Guests came from many different locations, as far east as New York, which brought us renowned DJ Zeke LeMisera; as far north as Canada, which brought us our very own Precious Level kitten, Claudia Rylie; as far south as Mexico which featured our renowned guest Fangsmith, Rikki Sixx.  There were different vampire houses represented – Denver, Colorado, Austin, and Dallas from Texas, just to name a couple and many other VIPs, all dressed to the nines.

The evening treated guests fashion show by local designers Candace Ó Fearáin-Black of Midnight Gala Clothing & Accessories, Angela Hartshorn of Fogg Couture, and one of the sponsors of the event, Femme Fatale Intimates; all which incorporated models from the community and several Chateau kittens.  There were vendors on hand to sell wonderful hand-made, one of a kind design.  There were even fetish demos and tasting this year for those guests that were willing to take a walk on the risqué side.  Throughout the evening, photographers Jim Medford and Larry Mark were set up to take your photo, which could be set against some of the most amazing Moulin Rouge backdrops.

Our senses were satiated in every way.  There were delights for the eyes by taking in the fabulous costumes.  The ears were indulged with the most exotic dance beats that just begged to move your body to get up and move. This music was not only spun by our guest DJ, Zeke but also, by our very own popular Goth DJ, Julian Black.  Your taste buds were not forgotten because there were some of the most delicious food and drink served that you could imagine enjoying during an evening of revelry with friends.  I must not forget to address the sense of touch.  The electricity that filled the air was palpable against your skin.  While on the subject of skin, as I mentioned earlier, the fetish demos allowed for any guest to have any part of your body woken with desire, pleasure, and even pain.

As the evening concluded, our hostess, Contesa Isibella Karnstein, thanked everyone for attending and helping to kick off the weekend with such a bang and wished us all a good evening.   It was truly a night to be remembered and talked about all weekend.

22 thoughts on “Denver Vampire Ball Weekend – Act I – The Salon”